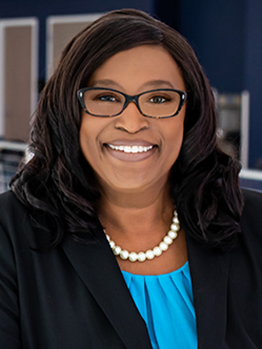 Tonjua Williams, Ph.D., became St. Petersburg College's seventh president on July 3, 2017. A St. Petersburg native, Dr. Williams began her tenure with the college in 1986, rising through the ranks in a variety of academic and administrative roles.

Prior to becoming President, Dr. Williams was Senior Vice President for Student Services from 2013 to 2017. She has served in nearly every area of the college: Provost, Associate Provost, Director of Special Programs, Program Coordinator, Academic Advisor, Recruiter, Senior Accounting Clerk and Adjunct Faculty.

Dr. Williams has served in a number of leadership capacities, including:

Her awards and recognitions include:

Dr. Williams can be contacted at president@spcollege.edu.